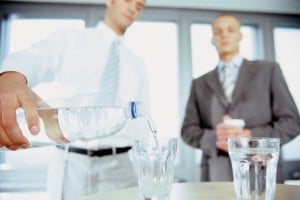 Over the past year, the anti-fluoride movement has gained substantial momentum as communities from across the United States have begun to vote against public water fluoridation. Just recently, 3 communities in Indiana have voted to end the fluoridation of their water supplies. Those communities are Walkerton, North Liberty, and Lakeville, home to a combined 5,000 or more individuals who are now safe from fluoride exposure. Other communities in which the anti-fluoride movement is strong include Wichita, Portland, and Santa Fe.

Wichita, Kansas. Wichita is one of the largest cities in the United States in which public water is not fluoridated. The community largely opposes fluoride and has publicly voted to remain fluoride-free on several occasions since the 1970s. Much to the dismay of local residents, pro-fluoride organizations like the ADA, PEW, and Delta Dental have lobbied to bring the fluoridation issue before City Council. This November, residents will have to once again cast their votes to remain fluoride-free. Residents, advocates, and all other interested parties are encouraged to visit FluorideFreeKansas.org to learn more about the dangers of fluoride, the upcoming vote, and ways to actively contribute to the anti-fluoride movement.

Portland, Oregon. The city of Portland has a long history of being against water fluoridation as well. The community voted against the practice twice in the 1970s and has been successful in keeping the mineral out of water supplies ever since. That changed this year as City Council authorities voted to fluoridate public water, a decision that opponents say was “rushed” (i). Fearing the health and safety of the general public, residents are unhappy with the decision and are now racing to collect nearly 20,000 signatures to overturn the decision. Portland residents may visit Cleanwaterportland.org to download official petition documents here.

Santa Fe, New Mexico. Earlier this summer, the city of Albuquerque ended fluoridation practices to “Err on the side of caution.” Neighboring community Santa Fe followed suit, with nearly each of the city’s 70,000 residents voting to end their water fluoridation program as well. Unfortunately, due legal process was not correctly followed in filing for discontinuation of the pubic water fluoridation program, and it is still active today. City Council has decided to file a second resolution to end fluoridation, and residents of Santa Fe are encouraged to vote on the issue this November.

How Does Fluoridated Water Affect Your Health?

‘Water fluoridation’ is the process by which the mineral fluoride is added to public drinking water, most commonly in the form of hydrofluoric acid. Water fluoridation became popular in the United States and in other developed nations in the mid 1900s based on the premise that it may help to prevent tooth decay. Contrary to this widely held idea, there is no clinical evidence to support such a claim. Moreover, consumption of fluoridated water delivers a consistent and sometimes toxic level of fluoride directly into the body’s major organ systems.

Dr. Richard D. Sauerheber perhaps best summarizes the danger of fluoridated water, Ph.D. in his paper “On the Toxicity of Fluoridated Water,” published in 1976:

“‘Low level fluoridation of municipal water exhibits well known alterations in teeth and bone structure and calcification of tendons and ligaments. ‘Moderate’ doses cause spinal deformities and increased hip fracture tendency and kidney and gall stones. Higher levels cause death and are responsible for its major industrial use as a rodenticide.” (ii)

Today, a number of other studies have linked the consumption of fluoridated water with similar health issues. Most noteworthy are the following:


This special health report has been produced by Assure a Smile, South Florida’s Home of Holistic Dentistry. For more information, readers are invited to visit the URLs in the Sources section below. Readers may also schedule an appointment with a Miami dentist online, or call our front desk directly at 305-274-0047.