Fluoride's Effect on the Gastrointestinal Tract

Fluoride's Effect on the Gastrointestinal Tract 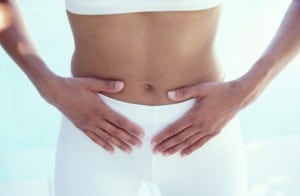 Gastrointestinal symptoms like nausea, abdominal pain and vomiting are the most common early symptoms of acute fluoride poisoning. For people who are sensitive to fluoride, ingesting 1 mg tablets of fluoride or drinking 1 parts per million of fluoridated water can cause these gastrointestinal symptoms. A 5-to-10 gram dose of fluoride for an adult or 500 mg dose for a child can cause damage to the body’s major organs and even cause death.

Fluorine is a gas–an element. In very small amounts it is sometimes listed as a trace mineral for human nutrition. However, the fluoride that is added to our drinking water is hydrofluoric acid—a compound of fluorine that is a chemical side effect of aluminum, cement, phosphate, steel and nuclear weapons manufacturing. Therefore, this fluoride is man made and has no nutritional value. It is a destructive chemical that is the active toxin in cockroach powder and rat poison.

When fluoride is ingested, it can form hydrofluoric acid in the stomach, resulting in gastrointestinal (GI) irritation. Once fluoride is swallowed, the GI tract is the first and most commonly affected body system.

“Ingested fluoride is transformed in the stomach to hydrofluoric acid, which has a corrosive effect on the … lining of the gastrointestinal tract. Thirst, abdominal pain, vomiting, and diarrhea are usual symptoms,” states the Environmental Protection Agency.

Even supporters of fluoridation are now admitting that fluoride’s benefits are topical—working from the outside of the tooth instead of from inside of the body. So why swallow fluoride?

In clinical studies that used fluoride at doses of 18-34 mg per day as an experimental drug to treat osteoporosis, GI disturbances were one of the two major side effects that were constantly experienced.

An Indian researcher with 30 years experience researching and publishing fluoride’s effects says, “It is concluded that in an endemic zone, where the inhabitants are consuming water of high fluoride content, the occurrence of gastrointestinal complaints … –loss of appetite, nausea, abdominal pain, flatulence, constipation, and intermittent diarrhea—is one of the early warning signs of fluoride toxicity and fluorosis. When water with negligible amounts of fluoride is provided the complaints disappear within [two weeks].”

What can you do to limit your fluoride exposure?

Talk to Miami dentist Dr. Herrmann at Assure A Smile about how to safely prevent tooth decay without the use of fluoride. You can also visit the Center for Disease Control’s My Water’s Fluoride to find out if your water is fluoridated.