The Link Between Oral and Mental Health

The Link Between Oral and Mental Health 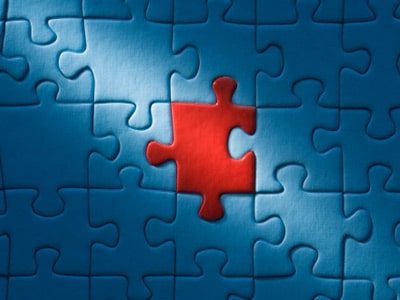 Are you neglecting your teeth and gums? If so, you could be at risk for premature cognitive decline later in life. According to a new study published in the Journal of the American Geriatrics Society, aging adults with dementia also exhibit higher rates of oral disease (i).
As the number of Americans 70 and wiser continues to grow, researchers are increasingly searching for ways to help men and women preserve their mental health. Cognitive decline affects an estimated 36% of Americans over the age of 70, with about 5.4 million Americans suffering with Alzheimer’s disease (ii). Alzheimer’s is perhaps the most infamous of mental degenerative diseases, undermining quality of life through a progressive loss of memory and intellectual capabilities.
At Duke University, another team of researchers has found a similar link. “Clinical evidence suggests that the frequency of oral problems increases significantly in cognitively impaired older people,” explains Dr. Bei Wu, leader of a research team that analyzed cross-sectional data published between 1993 and 2013 to correlate participants’ oral and mental health. However, researchers are quick to caution that brain health is likely to be influenced by a number of additional factors.
“In addition,” explains Dr. Wu, “many of the factors associated with poor oral health, such as poor nutrition and systemic diseases like diabetes and cardiovascular disease, are also associated with poor cognitive function.”
Specifically, lifestyle choices like diet, sleep preference, and overall activity level may play a significant role in how well the brain maintains cognitive abilities over time. Smart nutrition, regular rest, lots of water, leisurely puzzle solving, and minimal exposure to environmental toxins are all superb ways to reduce the likelihood of cognitive decline later in life. And when it comes to reducing exposure to toxins, few procedures are more important than safe amalgam filling removal for anyone who has silver fillings.

Holistic Dentistry at Assure A Smile

To learn more about our patient-focused approach to oral healthcare and total body wellness, visit the following page on holistic dentistry. Readers may contact our office online, or call to schedule an appointment at 305-274-0047.
Sources
(i) Brazier, Yvette. “Oral health and cognitive decline may be related.” Medical News Today. Web. Accessed 28 April 2016.
(ii) “What is Alzheimer’s?” Alz.org. Web. Accessed 28 April 2016.