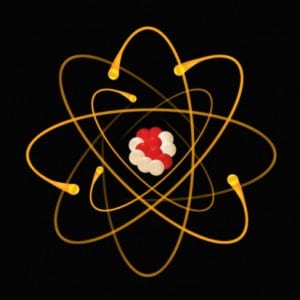 Dentists in Miami are becoming increasingly concerned with free radical damage.  Free radicals are malicious, unbalanced atoms that gradually destroy cellular structures over time.  Eventually, the cell becomes dysfunctional and dies.  A growing body of research is beginning to link free radicals damage with serious illness, causing physicians and health care professionals to educate patients on staying healthy with antioxidants.
Comments by Dr. Ted Herrmann:
Free radicals are truly one of the most malicious byproducts of cellular activity.  These unbalanced atoms destroy body cells on the molecular level, slowly accruing damage until the cell becomes deformed and unable to function properly.  Leading scientists and research institutions are beginning to link this process of free radical damage with previously inexplicable diseases, like Alzheimer’s disease (i).  In honor of National Nutrition Month, the Miami Dentist Blog presents this guide to free radical damage.  Why?  Because the best way to prevent free radical damage is to make simple dietary changes.

However, certain bodily processes cause the electron cloud to lose a single electron.  This happens most often in the mitochondria of the cell during energy production.  Once an electron is lost, the atom becomes unbalanced.  This unbalanced atom is called a free radical, and it cannot remain in an unbalanced state for long.  The atom attacks neighboring atoms in search of an extra electron, eventually inflicting damage to the cells that those neighboring atoms compose.  The damage worsens as free radicals multiply, causing more and more damage to the cells of the body.

The Miami Dentist Blog has released this guide to free radicals and antioxidants during National Nutrition Month to increase awareness of the foods we eat.  In the next installment of this article series, we will examine foods that are naturally rich in antioxidants.  Making simple dietary changes to eat more antioxidant-rich foods may substantially lower the risk of developing serious illnesses that result from free radical damage.  Antioxidants help to combat the aging process as well, adding an extra benefit to this healthy dietary change.