Secondhand Smoke May Cause Cavities Among Children [Study]

Secondhand Smoke May Cause Cavities Among Children [Study] 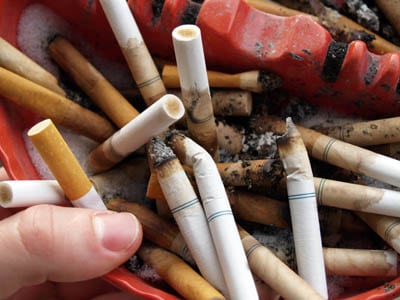 The side effects of smoking are well documented and widely known. Yet the World Health Organization estimates that nearly 1 in 3 adults still smoke cigarettes, despite mountains of research that link smoking with lung cancer, emphysema, and heart disease. The prevalence of smoking gives rise to another public health concern: Secondhand smoke. Because exhalations contain carbon dioxide in addition to the carcinogens and toxins of the original cigarette, health experts say exposure to secondhand smoke can be more dangerous than smoking firsthand.
Now, a new study has found secondhand smoke to be among the most critical factors causing the rise in dental caries (cavities) among children.

This study was conducted in Kobe City, Japan, where over 76,000 children were given health examinations at 0, 4, 9, and 18 months of age. Final examination was conducted at age 3. While children received examinations, mothers completed questionnaires during the same time period to disclose their smoking habits, level of secondhand smoke in the home, and dietary preferences. The study began in 2004 and ended in 2010, at which point researchers were able to draw a clear conclusion:
“Compared with having no smokers in the family, exposure to tobacco smoke at 4 months of age was associated with an approximately twofold increase in the risk of caries.” (i)

Oral Side Effects of Secondhand Smoke

According to researchers, the twofold increase of dental caries among children exposed to secondhand smoke can be attributed to the following:

Holistic Dentistry at Assure A Smile

To learn more about our patient-focused approach to oral healthcare and total body wellness, visit the following page on holistic dentistry. Readers may contact our office online, or call to schedule an appointment at 305-274-0047.
Sources
(i) “Tooth decay risk doubles in children exposed to secondhand smoke.” Medical News Today. URL: http://www.medicalnewstoday.com/articles/301299.php