The Evils of Fluoride

The Evils of Fluoride 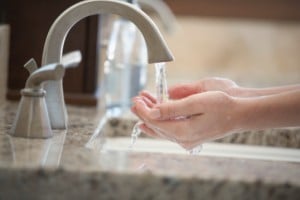 Dr. Herrmann spoke about “The Evils of Fluoride” at a PATH (Positive Alternative Therapies in Healthcare) meeting at the Miami Science Museum on October 24th. He brought to the audience’s attention that there is a large amount of misinformation regarding fluoride, and the increased use of fluoride has resulted in it being added to our public water, toothpaste and our food (readers may visit our list of the 5 most common fluoride sources to learn more).

Miami dentists and other health professionals have routinely promoted fluoride as a way to prevent tooth decay, but there is no clinical evidence to support this claim. Based on this claim, fluoride has been added to our public water supply, but there are two different types of fluoride. Sodium Fluoride is what is in toothpaste, and it is a pharmaceutical grade fluoride that allegedly reduces tooth decay. Hydrofluorosalicylic acid is what is added to our water, and it is actually an unregulated waste product of the fertilizer industry. Hydrofluorosalicylic acid carries a warning label that reads “Avoid contact with skin, eyes, mouth and clothing. Avoid breathing fumes or vapor. Do not take internally.”  Because it is unregulated, it can be contaminated with lead, arsenic, cadmium and radon.

Fluoride is Bad for Babies and Children

Another issue with fluoride is dosage. According to the American Dental Association (ADA) the recommended dose is .8 to 1.4 ppm (parts per million), but because fluoride is in most toothpastes and our public water supply, most people, including children and babies, are ingesting much more fluoride than recommended. For example, a pea-sized amount of fluoridated toothpaste has .5 mg of fluoride, which is the same as 1-2 glasses of fluoridated water. Babies who drink powdered formula are at an increased risk of consuming more than the recommended amount of fluoride. Dr. Herrmann noted research that states:
“Infants receiving substantial quantities of infant formula generally should not use powder or liquid concentrate if water fluoride levels are near optimal or above, since the water fluoride alone might exceed total, recommended daily levels,”  (1).
The ADA recommends that “For infants who get most of their nutrition from formula during their first 12 months, ready-to-feed formula is preferred to help ensure that they do not exceed the optimal amount of fluoride intake.”

Side Effects of Fluoride

With this increased exposure to and consumption of fluoride, there are many side effects.  Dental fluorosis is a health condition caused by receiving too much fluoride during tooth development. In fact, the U.S. government recommended less fluoride for children just last spring. When fluoride is damaging a baby’s growing tooth cells, causing dental fluorosis, what is it doing to its other developing tissues like the bone, brain and endocrine system?

A March 2006 report from the National Academy of Sciences/National Research Council (NAS/NRC) identified fluoride as a potent hormone disruptor that may affect normal thyroid function. Fluoride’s potential to impair thyroid function is most clearly illustrated by the fact that until the 1970s, European doctors used fluoride as a thyroid-suppressing medication for patients with hyperthyroidism. Today, many people living in communities with fluoridated tap water are ingesting doses of fluoride that fall within the range of doses once used by doctors to reduce thyroid activity in hyperthyroid patients (NRC 2006).

The NAS/NRC report also cited concerns about the potential of fluoride to lower IQ, noting that the “consistency of study results appears significant enough to warrant additional research on the effects of fluoride on intelligence.”  That finding was echoed by a December 2006 study published in the prestigious peer-reviewed journal The Lancet that identified fluoride as an “emerging” neurotoxin (Grandjean & Landrigan 2006). As of 2011, there are now 24 published studies from China, Iran, India and Mexico indicating that moderate to high fluoride exposure is associated with lowered IQ in children.

A 2006 peer-reviewed study by four Harvard scientists and doctors strongly supports concerns that fluoridated water is linked to osteosarcoma, an often fatal form of bone cancer, in boys. The Harvard study found a five-fold increase in bone cancer among teenage boys who drank fluoridated water from ages 6 through 8, compared to those drinking non-fluoridated water (Bassin et al 2006).

Research shows that the side effects and dangers don’t outweigh the supposed benefits of fluoride. You can take action to limit your ingestion of fluoride by using a water filter in your home to remove fluoride, not drinking tap water that is treated with fluoride (boiling fluoridated tap water increases the concentration of fluoride), using a fluoride-free toothpaste,  not mixing baby formula with tap water or fluoridated bottle water—instead use spring or distilled water, and choosing organic produce that is grown without fluoridated water. For more information, please visit the Fluoride Action Network’s website http://www.fluoridealert.org/.
Miami residents are invited to schedule an appointment with Assure a Smile online, or call our front desk directly at 305-274-0047 to learn more. New Patients may now take advantage of our Cleaning and Consultation Special to learn more about holistic dentistry and the unparalleled quality of service provided by the Miami dental professionals at Assure a Smile.