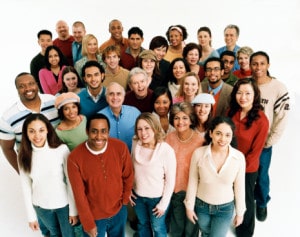 The beginning of 2013 has been an eventful and progressive time for the fluoride-free water movement. As of March, at least 9 new communities have put an end to public water fluoridation. Elimination of these programs means an additional 372,626 Americans will be protected from the potentially toxic side effects of fluoride exposure, according to statistics gathered by the Fluoride Action Network.
Olivehurst, CA. After a 3-2 vote in February, the Olivehurst Public Utility District (OPUD) overturned a water fluoridation program that has been treating public water with fluoride for the past 4 years. Driven by widespread public support, the OPUD eliminated the public water fluoridation program after residents and Environmental Protection Agency (EPA) scientists voiced concern over the mineral’s potentially harmful impact on health (i). “I don’t think we should force it on people,” stated board member Dennise Burbank, supporting OPUD’s decision (ii).
Smithville, Missouri. Nearly 10,000 residents in Smithville will no longer be exposed to fluoridated drinking water. While other communities have eliminated fluoride programs based on health concerns, Smithville City Administrator Steve Garrett claims the city’s decision was made primarily for economic reasons. Eliminating the water fluoridation program will save the community up to $10,000 annually, according to figures published by local paper The Smithville Herald (iii).
St. Croix Falls, Wisconsin. Backed by testimony from biomedical engineers and medical professionals, the residents of St. Croix Falls successfully lobbied for the removal of fluoride from their water system earlier this year. The decision was the product of several council chamber meetings, during which the community united in protest against the outdated and unregulated practice. Most compelling was the following statement by Casey Borchert, a biochemical and medical engineer: “What is being added to the water supply is not pharmaceutical grade fluoride, it is a byproduct of the phosphate fertilizer industry and contain elevated levels of arsenic,” (iv).

On the other side of the globe, Australian communities are embracing the shift towards fluoride-free drinking water with equal passion and determination. Just 3 months ago, the Queensland State government eliminated pre-existing mandates that required public water to be treated with fluoride prior to distribution throughout the region. Today, a reported 29 communities have eliminated dangerous water fluoridation programs, protecting nearly a half million Australians from fluoride and the potentially devastating side effects of overexposure (v).
In addition to showing concern for public well being, government officials in Queensland say the cost of water fluoridation is something that local governments should not have to assume. “The ongoing cost is one thing,” explains Mayor Andrew Daniels of Conclurry, just 1 of the many Queensland boroughs that has voted to end fluoridation this year. “Local governments shouldn’t have to supply [fluoride] to the community when it’s easy for them to keep a toothbrush and toothpaste and take care of their own teeth,” (vi).

Readers who are interested in learning more about the fluoride-free movement are encouraged to take action in the following ways:
Learn More About Water Fluoridation. Visit our extensive collection of news stories and health reports on fluoride, right here on the Miami Dentist Blog.
Support a Fluoride-Free Florida. Residents of the Sunshine State are invited to learn more about Fluoride-Free Florida, an alliance of concerned citizens behind the goal of eliminating the dangerous and costly practice of water fluoridation.
Stand with Clean Water Portland. Portland, Oregon, is the largest fluoride-free city in the United States. Unfortunately, residents will have to vote to keep it that way on May 21st. The pro-fluoride lobby has already begun a heavily funded campaign to convince residents that fluoride is a necessity for public health and well being, making it more important than ever for Americans to spread awareness for the potentially toxic nature of this hazardous and unregulated practice. Readers are invited to visit Clean Water Portland to learn more about the importance of this historical vote, and to become involved in the battle to keep Portland fluoride-free.
This special health report has been produced by Assure a Smile, South Florida’s Home of Holistic Dentistry. For more information, readers are invited to visit the URLs in the Sources section below. Readers may also schedule an appointment with a Miami dentist online, or call our front desk directly at 305-274-0047.
Sources:
(i) “Olivehurst Votes to Remove Fluoride.” Fluoridealert.org. Accessed 25 March 2013.
(ii) See above.
(iii) “Smithville Stops Fluoridating Water.” Smithvilleherald.com. Accessed 25 March 2013.
(iv) “Fluoride Wars Come to St. Croix Falls.” Fluoridealert.org. Accessed 25 March 2013.
(v) “Anti Fluoride Movement: Off to a Great Start in 2013.” Foodconsumer.org. Accessed 25 March 2013.
(vi) See above.