Danger: Fluoride May Cause Serious Illness

Home/Fluoride in Your Water, Water Fluoridation/Danger: Fluoride May Cause Serious Illness
Previous Next

Danger: Fluoride May Cause Serious Illness 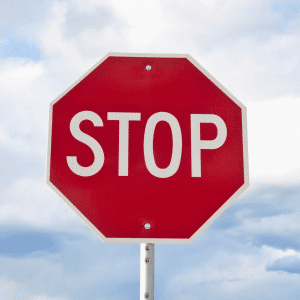 A flurry of recent studies has Miami dental professionals—and their patients— concerned with the high concentration of fluoride in everything from tap water to toothpaste.  Formerly hailed as an anti-cavity treatment, fluoride has been added to public water supplies since the mid 1900s and reaches an estimated 300 million individuals worldwide (i).  Now, however, researchers are linking fluoride exposure with heightened incidence of serious side effects including abnormal brain development and Alzheimer’s disease.

Comments by Dr. Ted Herrmann:
Fluoride is quickly becoming a concern for both Miami dentists and residents as growing research indicates that many individuals may be receiving highly toxic levels of the mineral.  The mineral was first added to American public water sources in the 1940s under the assumption that it would strengthen tooth enamel and reduce the occurrence of tooth decay.

Fluoride, Water, and Your Health

Fluoride is added to public drinking water at a ratio of 1 part-per-million, or ppm.  This means that each “part” fluoride is outnumbered by 1 million ”parts” of water.  Typically this equates to about 1 milligram of fluoride per quart of water (ii).

The 1 ppm standard is dangerous over time, however, according to research reported by the New York State Coalition Opposed to Fluoridation (NYSCOF).  Research states that ingesting water that contains 1 ppm fluoride may cause serious illnesses over the long haul, many taking up to 20 years to manifest (iii).

Researchers Valdez-Jimenez state “Fluoride is capable of crossing the blood-brain barrier, which may cause biochemical and functional changes in the nervous system,” (iv).  Studies have been conducted to further explore the effect of fluoride on the brain, and the results are alarming.  In animal studies, the side effects of fluoride trigger corresponding brain abnormalities that mirror those common to individuals with Alzheimer’s disease.

If the standard 1 ppm fluoride concentration of public drinking water can be toxic, then the following products seem downright deadly when ingested daily (v):

Fluoride toothpaste: about 1,000-1,500 ppm depending on the brand.  These products promise to strengthen tooth enamel with a fluoride-enriched formula.

Fluoride Varnish: as high as 22,600 ppm.  Varnishes are typically applied by a dental professional directly onto the surface of the teeth and are not available through retail outlets.

The danger of fluoride-overload has been in the news for several months.  Our Blog cited the Wall Street Journal in January when reports of fluorosis in children reached a level of 41% between the years 1999 and 2004.  Having doubled since the 1980s, this new rate of fluorosis among children is a clear message to most health professionals that fluoride is too readily available and is being ingested in harmful concentrations.

What do you think about this new research?  Message the @Assure_A_Smile Twitter account and share your thoughts on fluoride!  Are there any products of which you are unsure?  Join the conversation on Twitter and learn more about fluoride, fluorosis, and ways to prevent ingestion!