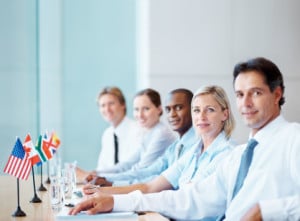 Dental amalgam made headlines in early March when the Dr. Oz Show performed a demonstration that very clearly illustrated the toxic nature of the outdated silver fillings. Broadcasted on national television, the demonstration showed that silver fillings could leak odorless, extremely toxic mercury vapor when brushed by a normal toothbrush.
The Dr. Oz Show demonstration is particularly alarming for more than 100 million Americans who have silver fillings that might be causing serious illness. The International Academy of Oral Medicine and Toxicology (IAOMT) and holistic dentistry professionals are celebrating a new victory in the fight against toxic fillings, however. This year, more than 140 nations have signed into effect an international mercury treaty that lays the groundwork for an eventual “phasing out” of this dangerous material.

In January of this year, over 140 nations met in Geneva to negotiate an international treaty on mercury emissions (i). The first legally binding and internationally recognized treaty of its kind, the International Mercury Treaty was signed into effect on Saturday, January 19, 2013.
The fact that so many different countries could come to a consensus on the issue is a testament to just how dangerous mercury is to the health of people, animals, and the environment. “To agree on global targets is not easy to do,” explains Achim Steiner, executive director of the United Nations Environment Programme. “There was no delegation here that wished to leave Geneva without drafting a treaty,” (ii).
Mercury can be found in a number of different products ranging from household items, like light bulbs, to medical materials, like dental amalgam. “It is quite remarkable how much mercury in a sense has entered into use in our lives,” Mr. Steiner tells Business Insider magazine. “We’ve been creating a terrible legacy,” (iii).
Perhaps most toxic to the environment and human health is dental amalgam, a metallic mixture that can contain up to 60% or more mercury. According to the World Health Organization, dental amalgam is the primary source of mercury exposure for individuals in non-industrial environments.

Holistic dentists have long warned patients about the toxic nature of dental amalgam. However, it was not until the Dr. Oz Show aired a special segment on national television that mainstream America was finally exposed to the alarming truth about silver fillings.
“In 1982, the ADA was saying that the mercury was ‘locked in’ [to the filling],” explains special guest Dr. Gerard Curatola, DDS. “But we know now that there is mercury vapor. It is acknowledged. We just don’t know how much really makes you sick.”
Watch the Video: Watch as Dr. Oz demonstrates how brushing over silver fillings with an ordinary toothbrush may cause them to leak toxic mercury vapor. Visit Doctoroz.com to view this special segment, Toxic Teeth: Are Mercury Fillings Making You Sick?

At Assure A Smile Miami Dentistry, we believe patients have the right to be informed and educated on the materials that are used in their dental procedures. We specialize in safely removing and replacing dental amalgams with biocompatible materials that are known for both safety and longevity, like white composite fillings. Our team takes every precaution necessary to ensure patient safety, and we utilize environmentally friendly disposal methods to do our part in waste reduction.
For more information, readers are invited to contact us online or call our practice directly at 305.274.0047. Readers may also visit the following page to learn more about mercury filling removal in Miami.
Sources:
(i) “Mercury Emissions Treaty is Adopted After Years of Negotiations.” New York Times. Accessed 23 April 2013.
(ii) “140 Countries Agree Mercury Treaty.” The Guardian. Accessed 23 April 2013.
(iii) “Groundbreaking Mercury Treaty Adopted by 140 Countries.” Business Insider. Accessed 24 April 2013.