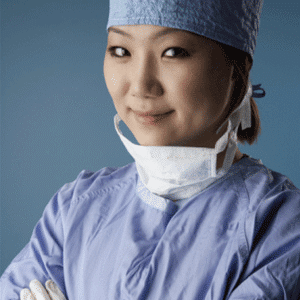 The Fluoride Action Network (FAN) is a non-profit organization dedicated to spreading awareness for the toxicity of fluoride and the health impacts of current exposure.  Over 3,000 American health professionals have signed an official statement with FAN, supporting the group’s efforts to educate the public about the potentially harmful affects of fluoride.  Assure a Smile Miami Dentistry stands by FAN in spreading awareness for fluoride toxicity and educating patients on ways to avoid this readily available mineral.

Water fluoridation began in the 1930s as a way to deliver fluoride to the general public through drinking water.  At the time, fluoride was considered beneficial in strengthening tooth enamel and preventing tooth decay.  Now, however, numerous studies suggest that fluoride is too readily available to the public and individuals are suffering from over ingestion.  One report released by the Center for Disease Control states that the rate of fluorosis, a condition whereby tooth enamel becomes overly hardened and discolored, has doubled among children since the 1980s.
New evidence further suggests that fluoride is readily available in highly concentrated forms.  Fluoride toothpastes, to illustrate, may contain up to 15 times the fluoride content of drinking water.  According to FAN, other common consumer items with high concentrations of fluoride include processed cereals, sodas, juices, and mechanically deboned chicken.  Regular contact with these items may cause fluoride to quickly accumulate in the body, setting the foundation for over exposure and toxic side effects.
Health professionals are actively fighting the practice of water fluoridation for several reasons.  First, it is important to let people know that water fluoridation is not the ‘norm.’ According to FAN, less than 10 countries in the world fluoridate a majority of their water supplies.  Of equal importance is spreading awareness for the fact that fluoride is not needed to prevent tooth decay.  There are a number of all natural gum care methods that will help to create strong and healthy teeth without risking the side effects of fluoride exposure.
Finally, professionals are standing in direct opposition to water fluoridation because of the side effects it may produce.  One such side effect is a phenomenon known as hidden caries.  Hidden caries are vertical pockets of tooth decay that are nearly impossible to detect through visual inspection or x-ray imaging.  Rather, special laser dentistry tools are needed to identify and treat these areas.

Though the campaign for a fluoride-free America is far from over, the Fluoride Action Network has several noteworthy accomplishments that have helped to spread awareness and impetus among Americans.  These include:
1. Successfully lobbied with the U.S. Environmental Protection Agency for the “phasing out” of fluoride pesticides from the U.S. crop supply.
2. Worked with National Research Council (NRC), providing ground breaking information that led to the 2006 NRC report indicating that water fluoridation is “not protective of health and should be lowered.”
3. Convinced local municipalities to issue warnings about the dangers of using fluoridated water in baby formula.  In Burlington, VA, FAN successfully moved local government to convey this warning to the public, a full year before the American Dental Association issued the same warning to all Americans.

Miami holistic dentists differ from traditional dentists in their concern for overall wellness.  It is this concern for overall, “big picture” wellness that has driven holistic health care professionals to actively protest the use of fluoride in water, dental products, and other consumable items.
Where do you stand on the issue?  Message the Dentist305 Twitter account to share your thoughts on water fluoridation, fluoride toxicity, and its overwhelming availability in most consumer products!
You may also schedule an appointment with the professionals at Assure a Smile to learn more about holistic dentistry and all-natural ways to create healthy teeth and gums for life!