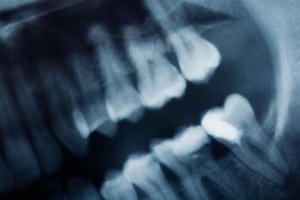 Safe mercury removal is in the public spotlight.  With West Coast communities banning the use of toxic dental amalgam, patients nationwide are wondering:  Should I have my fillings replaced?

Comments by Dr. Ted Herrmann:
Costa Mesas became one of the first communities in the United States to ban the use of dental amalgam in dentistry procedures last month.  Now, California policymakers hope to spread the legislation to other Orange County communities.  Their goal:  To trigger a domino effect that someday bans silver fillings and other uses of dental amalgam nationwide.

Dental amalgam, known most commonly to patients as silver fillings, poses serious health risks to both patients and dentistry professionals.  The compound is considered highly toxic by most holistic dentistry professionals because it contains upwards of 50% mercury.  Mercury is a very toxic poison that is odorless and tasteless, making the chemical a nearly undetectable hazard.  The World Health Organization has spoken out of the dangers of dental amalgam use, warning that the fillings contribute more to mercury accumulation in the body than any other known source—combined (i).

If you have silver fillings and wish to have them replaced, consult a local Dentist in Miami immediately.  Be sure to inquire about special techniques the practice employs to safeguard against accidental mercury ingestion.  Mercury removal can be safe, given proper safety precautions, including:

Assure a Smile uses these precautions, as well as others, to ensure patient safety during mercury removal procedures.  Of particular importance is disposal:  Assure a Smile uses filtration devices to prevent mercury from entering the public water system.
The buzz surrounding this issue has many thinking safe mercury removal is merely a trend.  This is simply untrue.  Researchers the world over have been studying mercury, its harmful effects on the body, and its prevalence in dental amalgam.  The issue is just now garnering mainstream attention in the United States, thanks in part to Costa Mesas and their leading legislation.