As a Miami holistic dentistry practice, Assure A Smile helps patients achieve a healthier smile through more than just reactive dental care. We help patients develop life long healthy habits that help teeth and gums grow stronger. We believe this integrated, total body approach to dentistry is the most effective way to build Healthy Teeth and Gums for Life.

Gluten Sensitivity and Your Oral Health 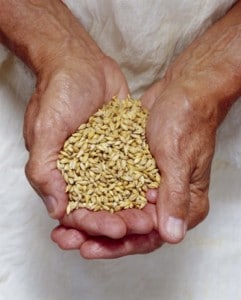 Gluten has become a buzzword in the wellness industry as an increasing number of individuals have begun to experience adverse reactions to products containing wheat, barley, rye, and other grains. Such reactions range in severity from mild discomfort in the stomach to long-term malnutrition and even osteoporosis. It is estimated that about 1% of Americans suffer from such reactions to gluten-rich foods, a number that has nearly quadrupled over the past decade. It is critical to understand the threat that gluten sensitivity may pose to overall health, and it is particularly important to understand how ordinary sensitivity is separate and distinct from Celiac Disease. The latter is an autoimmune disorder that affects about 1 in 133 Americans and, when left undiagnosed and untreated, can slowly wreak havoc on the entire body.

Do you feel particularly susceptible to tooth decay? If so, you are not alone. Many Americans continually develop cavities despite feeling as though they eat well, brush thoroughly, and floss twice daily. For these individuals, tooth decay may be a sign that there is a larger underlying problem: Celiac Disease. Celiac Disease is a genetic disorder that may inhibit normal absorption of nutrients in the small intestine. Inadequate nutrient absorption may lead to several deficiencies, including weak tooth enamel. 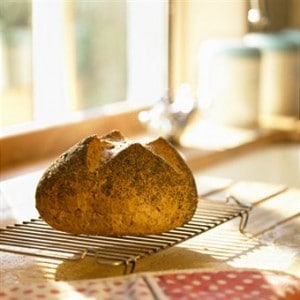 Miami dentists are beginning to see an increasing amount of patients concerned with gluten. The question Is gluten bad for you? has received a lot of attention over the past year as health professionals and researchers continue to study this interestingly complex protein. Holistic dentistry professionals see a link between gluten and tooth decay, a topic that will be covered in next week’s Miami Dentist Blog article. Today, we set aside the questions and research surround gluten to instead focus on something fun: a gluten free bread recipe!