Nothing is more important to parents than the health and [...]

Are You Fed Up with American Food?

From the Oscar winning producer of An Inconvenient Truth comes a new film on the American health crisis caused by low quality food production and deceptive marketing. “Everything we’ve been told about food and exercise for the past 30 years is dead wrong,” the film warns, backing this claim with documented testimony from some of the nation’s leading health experts and research institutions. Fed Up shines a light on the misleading and dangerous practices employed by some of the biggest names in the American food and beverage industry, encouraging viewers to re-evaluate the diet Americans have grown so accustomed to over the past 3 decades. The film debuted in theaters May 9th and featured former president Bill Clinton, former FDA commissioner David A. Kessler, and activist Michael Pollan.

According to the U.S. Centers for Disease Control and Prevention, a majority of Americans are likely to develop symptoms of arthritis over the course of their lifetime. With such widespread incidence of arthritis among developed nations, Americans cannot help but wonder: Why is this condition so prevalent, and what can be done to prevent it? 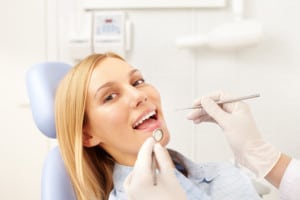 We're happy to announce that Dr. Herrmann is now certified to administer ozone therapy for cavities, root canals, and other dental procedures. Along with Dr. Herrmann's new certification, Assure A Smile is now home to an exciting new line of advanced ozone therapy technologies that safely administer O3, or ozone, during routine procedures. 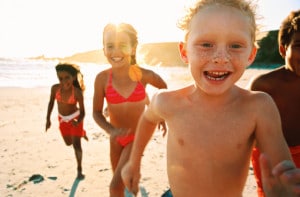 This summer, Assure A Smile invites South Florida families to eat well and smile bright all summer long. In addition to our new Kid’s Summer Dental Special, we have a variety of resources available on our website and blog that will help you learn to create healthy teeth and gums that will last a lifetime!