Fluoride and the Reproductive System

Home/Fluoride in Your Water, Holistic Dentistry, Water Fluoridation/Fluoride and the Reproductive System
Previous Next

Fluoride and the Reproductive System 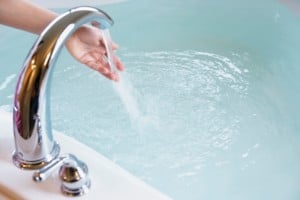 Authors of a 2002 study published in the journal Reproductive Toxicology concluded that fluoride is associated with testicular disorders, which may be due to oxidative stress in the reproductive organs.

Two Russian studies, from 1977 and 1969 respectively, show evidence to support that workers exposed to fluoride-contaminated compounds experienced negative affects to their reproductive function. Men working in the cryolite –a white or colorless mineral made up of fluoride, sodium and aluminum in crystal form—industry for 10 to 25 years and who also had skeletal fluorosis – a bone disease caused by excessive consumption of fluoride —demonstrated a decrease in circulating testosterone.  Women whose jobs heavily exposed them to superphosphates, used mainly as a fertilizer, experienced an increase in menstrual irregularities and genital irritation, as compared to non-exposed women.

In order to determine if a substance poses a health risk to humans, the substance is first studied to find if there are any harmful effects on animals. Therefore, after a 1956 study detected that girls living in a fluoridated area in England experienced their first menstruation at an earlier age than girls living in a non-fluoridated area of England, animal studies were performed and showed that fluoride exposure was associated with an earlier start of puberty in female gerbils.

Further studies have shown that high doses of fluoride regularly interfere with the reproductive system of animals by causing damage to sperm, oxidative stress, reduced fertility and reduced sperm count.

One study was done to “determine the reproductive toxic effects” on male rats after ingesting 4.5 to 9 parts per million of fluoride through drinking water. The method of exposure from drinking water was chosen in order to “mimic human exposure and to reflect the impact on fertility after chronic ingestion.” The study found that there was a decrease in male reproduction and a decrease in sperm number after exposure to fluoride. It was observed that the rats exposed to higher doses of fluoride had the most decrease in male reproductive potential.

The United States Department of Health and Human Services stated that, “The effects of fluoride on the reproductive system merit further investigation in animal and human studies.”

This report has been produced by Assure a Smile, South Florida’s Home of Holistic Dentistry. For more information, readers are invited to visit the URLs in the Sources section below. Readers may also schedule an appointment with a holistic Miami dentist to learn more about the toxic side effects of fluoride.