Home/Holistic Dentistry, Miami Dentistry/Mercury in Teeth: Is Amalgam Poisoning You?
Previous Next 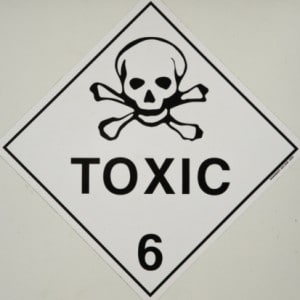 Mercury amalgams are known to most Americans as “silver fillings.”   An “amalgam” is a metallic mixture that is still used in many traditional dental procedures.  Alarmingly, these dental amalgams may have a mercury content of 50-60% or more.

As a Miami dentist and holistic health professional, Dr. Ted Herrmann cannot understate his opposition to mercury fillings.  “Dental patients need to know that no amount of mercury is safe,” Dr. Herrmann states.  In fact, the World Health Organization identified dental amalgam as “the greatest source of mercury exposure for the general population,” in 1991 (i).

The subject of mercury in dental amalgams has garnered national attention as the U.S. State Department announced its official stance on the use of this controversial substance last Monday, October 24th.

Mercury in Amalgam:  Why Is No One Talking About This?

An estimated 122 million Americans have mercury amalgams in their teeth, according to the International Academy of Oral Medicine and Toxicology (IAOMT).  Unfortunately, the U.S. Food and Drug Administration (FDA) and American Dental Association (ADA) have yet to formally announce any dangers regarding the use of mercury in dental fillings.

“The general public doesn’t know because the government hasn’t informed them or given them warning,” explains consumer advocate Freya Koss (ii).  Ms. Koss was diagnosed with a number of serious illnesses, including Multiple Sclerosis and Lupus, shortly after receiving a silver mercury filling.  Ms. Koss reported to Fox News that she became “spontaneously better” after having a safe mercury filling removal procedure to remove the mercury filling.

So, why is one of the most toxic and dangerous chemicals known to humankind used in routine dental procedures?  According to Ms. Koss and a number of other health professionals, the problem is that the Federal government has never taken a formal “stance” on the issue.  The tide is slowly changing, however.

In late December 2010, the IAOMT rallied several health professionals to formerly request that the FDA ban the use of mercury amalgam in dental procedures.  The IAOMT has made the full petition available here for download.  A few main points include the following:

1.  Formerly ban the use of mercury amalgam fillings as a restorative dental material.

2.  Restrict the use of mercury amalgams until strict proof illustrates that the material is both safe and effective.

3. In the interim, the FDA must restrict the use of mercury amalgam in women, young children, and other individuals with compromised kidney, immune, or neurological function.

In other words, the IAOMT requested that the FDA either ban or heavily restrict the use of mercury amalgams until “strict proof” can indicate that they are both safe and effective.

Last Monday, nearly a full year after the IAOMT petitioned the FDA, the U.S. State Department held a closed-doors meeting on Capitol Hill to reconsider the use of mercury amalgams.

After the meeting, the Department of State announced their decision to “phase down” the use of mercury amalgam fillings in dental procedures.  Unfortunately, the “phasing down” of this toxic material is not expected to begin until the year 2020.