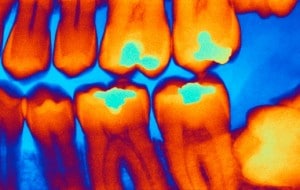 Comments by Dr. Ted Herrmann:
Mercury is one of the most toxic chemicals known to man.  From lead paint to thermometers, we have seen consumer goods be recalled time and time again for containing unsafe levels of mercury.  The American Dental Association still has not recommended that individuals with silver fillings have those fillings replaced.  However, authorities at the World Health Organization state that:

…mercury contained in dental amalgam is the greatest source of mercury vapour in non-industrialized settings, exposing the concerned population to mercury levels significantly exceeding those set for food and for air. (i)

The dental amalgam ban in Costa Mesas, California, represents a progressive victory for holistic dentistry.  The resolution calls for a similar ban in 33 other cities in Orange County (ii).  Should the resolution spread, a statewide ban on dental amalgam (silver fillings) could be on the horizon.  A statewide ban would bring the issue further into the national spotlight, spreading awareness of the issue on a grand scale.

Spreading awareness of the issues with mercury rich dental amalgam is important for several reasons.  First, reducing the abundance of mercury fillings in dental offices means a safer work environment; dental professionals will be exposed to less mercury vapor during general procedures, should mercury fillings become outright banned.  Second, awareness will make individuals informed of the health risks associated with silver fillings.  Informed individuals will then be able to make informed decisions.  Finally, awareness may promote amalgam filling removal among individuals with traditional silver fillings.  Removal is the only way to greatly reduce, if not eliminate entirely, the amount of mercury vapor to which an individual with silver fillings is exposed.  Dentists in Miami are available for patients wishing such procedures.