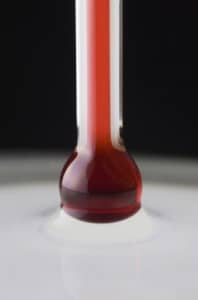 Traditional silver amalgam fillings may contain as much mercury as a thermometer.  Many Americans still have silver fillings despite international recognition of the health risks associated with them.  Simply removing silver fillings and replacing them with white composite fillings can improve long term health, especially for the immune system.

The dangers posed by mercury fillings are particularly frightening because they are systematic.  In medicine, this classification simply means that the symptoms of mercury poisoning are not specific to a certain body system or to the organ that is infected.  Rather, the symptoms of a single infection may manifest themselves through other body systems that may not have been infected originally.  In this way, mercury poisoning affects the entire human body and is a great concern for holistic dentists.

First, let us review how mercury enters the body.

Silver fillings are among the largest contributors of mercury to the human body (i).  Silver fillings are made of dental amalgam, a mixture of several metals including tin and mercury.  These amalgams are exposed to a large degree of warmth and pressure over time.  Eventually, the mercury content of the amalgam is vaporized, creating an odorless gas that is continually inhaled and absorbed through the lungs.  After being introduced into the bloodstream, the mercury vapor is metabolized and turns into methyl mercury.

Methyl Mercury and Your Immune System

Once mercury vapor is metabolized into methyl mercury, the bloodstream carries the toxin throughout the circulatory system and to each of the thousands upon thousands of cells in the body.  When mercury interacts with other bodily cells, it adversely affects their respiration process (ii).  As a result, cells lose their functionality.

The professionals at Assure a Smile believe that no amount of mercury is safe and urge patients to limit exposure as much as possible.  As Miami dentists, we understand this means not only replacing silver fillings with white composite fillings, but also monitoring other sources of mercury including common South Florida food items like tuna and shellfish.