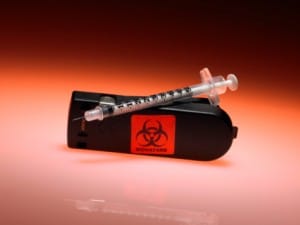 Amalgam fillings have been identified as the greatest source of toxic metal in humans by the World Health Organization (i).  In fact, the World Health Organization has stated that no other source on the planet contributes more towards metal toxicity in people than amalgam fillings.  Staying aware of heavy metal toxicity dangers is the first step in achieving long-term holistic health.
Comments by Dr. Ted Herrmann:
The dangers associated with silver amalgam fillings are to be taken seriously, despite the American Dental Association’s assertion that dental amalgams are all right.  Looking beyond American associations, physicians from across the world maintain that dental amalgams contain extremely high concentrations of mercury, the most dangerous metal known to man.  The largest of these organizations has been the World Health Organization.  Moreover, physicians have begun to suggest that the introduction of mercury-rich dental amalgams in the 1940s has been the biggest contributor to the increases in mental diseases like Autism we see today (ii).

Heavy metal exposure ranges in classification from acute to chronic.  Chronic exposure consists of continual heavy metal exposure for more than 365 days (iii).  Since patients with silver amalgam fillings are continually exposed to mercury vapor over the lives of their fillings, their infection is typically considered chronic.
Chronic mercury exposure may be identified in several ways.  First, heavy mercury exposure commonly leads to central nervous system damage and kidney infection (iv).  Individuals with mercury poisoning will also exhibit traces of the heavy metal in their blood, amniotic fluid, or urine.  Further, expecting mothers with amalgam fillings must consider that mercury can flow into the fetus by way of the placenta and infect their developing unborn child.
At Assure a Smile, heavy metal toxicity is an issue that is not taken lightly.  Our team believes that silver amalgam fillings are hazardous and should be replaced using safe mercury filling removal methods.  For more information, contact Assure a Smile to learn about mercury detoxification and treatment methods.