How Dental Amalgam Poisons the Body

How Dental Amalgam Poisons the Body 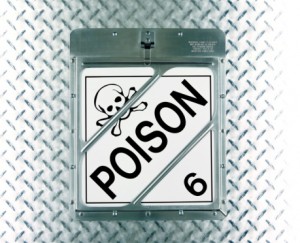 Assure a Smile has compiled the latest research that illustrates how mercury from silver amalgam fillings is absorbed into the body, and why it is important to replace silver fillings with white composite fillings.  This research indicates that mercury is unstable, vaporizes at room temperature, and accumulates within the body to cause severe damage.
Comments by Dr. Ted Herrmann:
Our Miami Dentistry blog has recently covered the toxic affects of silver amalgam fillings, suggesting that these fillings be removed and replaced.  Now, we will examine precisely how mercury vapor from dental amalgams gets absorbed into the body.

Mercury is naturally in a gaseous state at room temperature; mercury in the dental amalgam in teeth likewise vaporizes slowly due to the warmth of the oral cavity.  Once dispersed into the oral cavity, mercury vapor mixes with saliva and becomes easily transported through the mucous membranes of the mouth, into the blood stream, and is trafficked throughout the body (i).  In this way, individuals with silver fillings receive more exposure to mercury from those fillings than from any other source combined (ii).