The Truth About Amalgam (Silver) Fillings

The Truth About Amalgam (Silver) Fillings 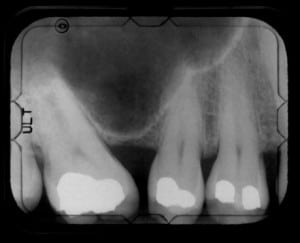 What’s more toxic than lead, cadmium and arsenic?  I’ll give you a hint:  it might just be in your mouth…
Comments by Dr. Ted Herrmann:
Mercury is more toxic than lead, cadmium, and arsenic.  What many people are unaware of, however, is just how close they come to it each day.  In truth, if you have a traditional silver filling in any of your teeth, you have a little bit of mercury there too.
Amalgam fillings, common before the use of white fillings, are 50% mercury.  Larger fillings may even contain as much mercury as a thermometer.  This chemical vaporizes easily at room temperature, turning into a odorless, tasteless, and colorless gas.  As a result, those with traditional amalgam fillings may continuously inhale mercury vapor, without even knowing it.  This is extremely alarming, as research from around the world indicates that mercury inhalation poses severe health risks.
Scientists at the University of Milan assert that many studies have confirmed that mercury from amalgam fillings does enter human tissue after being used to fill a cavity (i).  They go on to say that the amount of mercury that enters the brain, thyroid, kidney, and pituitary gland is proportional to the number of silver fillings a person has.  In other words, the more amalgam fillings you have, the more odorless mercury vapor you inhale.
Not just Italians worry about the mercury content of fillings, either.  The World Health Organization has concluded that traditional amalgam dental fillings contribute more mercury to a person’s body than all other sources combined.  But is there a health risk?
In fact, mercury is a poison.  This poison can adversely affect many bodily processes including the urinary, cardiac, respiratory, immune, and digestive systems.  Dr. Gary Null and Dr. Martin Feldman of New York published a report that offers irrefutable evidence that mercury from traditional silver fillings is absorbed by the human body at a rate of 10-50 times the safe limit set by the U.S. Public Health Service (ii).  The evidence paints a very clear picture:
Mercury is poisonous, abundant in amalgam fillings, and absorbed by the human body at a tremendously high rate.
As a holistic dentistry practice, Assure a Smile offers safe mercury filling removal.  Mercury-free, white composite fillings are used to treat cavities and conduct general procedures.  Contact Assure a Smile to speak with a Miami dentist about safely removing your mercury fillings.
(i) http://www.yourhealthbase.com/amalgams.html
(ii) see above.